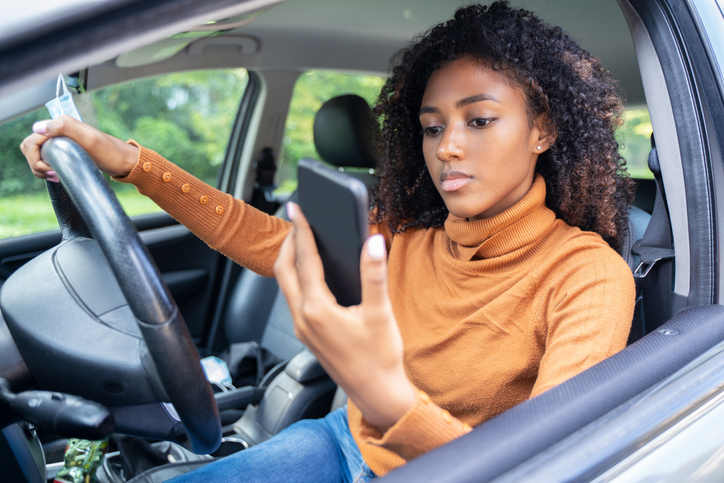 At age 17, Karah Bosmeijer recalls brushing off the serious car accident she had with a semi-truck as "no big deal."

Then, as she washed blood off of herself, Bosmeijer saw a piece of her skull reflected back to her in a mirror.

It was at this point Bosmeijer started to reconsider. Perhaps the accident wasn't insignificant. Maybe checking her phone while driving was riskier than she previously believed.

Today, Bosmeijer is a mother of two 2-year-old boys. She doesn't take unnecessary risks, like using a mobile phone while driving, anymore. But she remembers what it felt like to be a teenager behind the wheel — invincible. With Kansas well into the "100 Deadliest Days" of the year, Bosmeijer is sharing her story in the hopes of influencing young drivers to keep their focus on the road.

“It brings me to tears thinking what I could’ve actually caused but at the time I was just so invincible. I was never going to die or hurt anyone,” Bosmeijer told KSN.

The "100 Deadliest Days" is a reference to the annual summertime spike in teen and young driver fatal accidents. From mid-May to September there were about 150 roadway deaths in 2019.

No text is worth your life

Bosmeijer's crash happened in 2008. Around that time, she was getting ready to graduate high school and had plans to be a Garden City Community College cheerleader. On the day of her crash, Bosmeijer was driving to Deerfield when she checked her cellphone to see if a friend had responded to a text.

Seconds later, Bosmeijer looked up and saw an 18-wheeler stopped right in front of her. She attempted to swerve away from the truck and roll into a ditch but got the car lodged under the back of the truck instead.

The tractor-trailer was so huge that the trucker didn't feel Bosmeijer crashing into it. When she came to, Bosmeijer laid on her car horn to alert the trucker as he rolled on to take a turn. When the driver heard the commotion, he stopped the truck and helped Bosmeijer, who was transported to the hospital to close the gash on her forehead.

The story may be nearly 15 years old, but distracted driving is still a problem today.

Car accidents are among the leading cause of death for people ages 16 to 24, according to the U.S. Centers for Disease Control and Prevention. Distracted driving, which includes things like checking your phone, texting, and taking selfies, are among the most common crash factors for this group.

Distracted driving is a major issue for drivers of any age group, but it's more frequently a factor for drivers ages 14-29. Overall, "inattention" was the biggest contributor to all Kansas traffic accidents in 2019, the most recent information available from the state.

After distraction, the other top contributing crash factors, listed from most to least frequent, include:

If you or a loved one was injured in a crash caused by a distracted driver, a car accident lawyer can aggressively advocate for your best interests and help you recover the compensation you deserve.

At Warner Law Offices, we're proud to fight for the rights of the injured in Wichita, the lowlands, and beyond. Attorneys Thomas M. Warner Jr. and Anne H. Pankratz are known for providing personalized attention to clients and leaving no stone unturned in the pursuit of justice.

Find out how our law firm can help you and contact us today for a free consultation.