Home » Blog » Disability and Death Caused by a Misdiagnosis

Disability and Death Caused by a Misdiagnosis 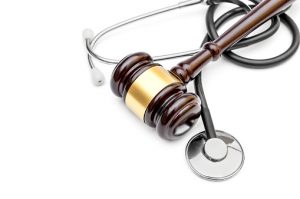 Accurate diagnosis is the foundation of medical treatment. But, according to numerous studies, doctors get it wrong far too often.

Diagnoses that are missed, incorrect or delayed are believed to affect 10 to 20 percent of cases, far exceeding drug errors and surgery on the wrong patient or body part, both of which have received considerably more attention.

Misdiagnosis “happens all the time,” said Dr. David Newman-Toker, an associate professor of neurology and otolaryngology at Johns Hopkins School of Medicine who studies diagnostic errors. “This is an enormous problem, the hidden part of the iceberg of medical errors that dwarfs other kinds of mistakes.”

The problem is not new: in 1991, the Harvard Medical Practice Study found that misdiagnosis accounted for 14 percent of adverse events and that 75 percent of these errors involved negligence, such as a failure by doctors to follow up on test results.

Unlike drug errors and wrong-site surgery — mistakes patient safety experts consider to be “low-hanging fruit” amenable to solutions including color-coded labels and preoperative timeouts by the surgical team — there is no easy or obvious fix for diagnostic errors.

Doctors often don’t know when they’ve gotten it wrong. Some patients affected by misdiagnosis simply find a new doctor. Unless the mistake results in a lawsuit, the original physician is unlikely to learn that he or she blew it — particularly if the discovery is delayed. While diagnostic errors are a leading cause of malpractice litigation, the vast majority do not result in legal action.

Misdiagnosis is not limited to hospitals; a recent commentary on the Texas Veterans Affairs study by Newman-Toker and Dr. Martin Makary estimates that “with more than half a billion primary care visits annually in the United States . . . at least 500,000 missed diagnostic opportunities occur each year at U.S. primary care visits, most resulting in considerable harm.”

Medical professionals have a duty to perform their jobs according to accepted standards of care. Harm caused to patients from medical negligence entitles patients to relief. In order to prevail in a medical malpractice lawsuit, a patient must prove:

Some of the most common forms of misdiagnosis include:

In the event of a misdiagnosis, you need the advocacy of the experienced legal team at Warner Law Offices.