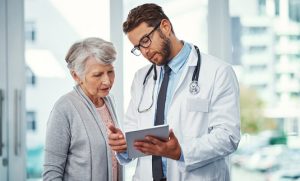 In the summer of 2016, Dr. Lowell L. Tilzer filed a lawsuit against the University of Kansas Hospital, alleging the pathology department of misdiagnosing a patient the year before and then covering up their mistake. After only four weeks, however, he dropped the case, indicating that the patient in question was looking into options of pursuing the matter on their own. Now, a year later, that patient has made herself known and has filed a medical malpractice lawsuit against the hospital and the former chair of its pathology department who was responsible for her case.

According to KCUR, Wendy Ann Noon Berner claims in her lawsuit that not only was she misdiagnosed and therefore received an unnecessary and complicated procedure, but that she was not even made aware of the mistake until Tilzer’s suit was brought underway. By that point, Tilzer, an experienced pathologist, had already been turned away from attempts to analyze what had gone wrong in Berner’s case and to inform her of the mistake; and he had gone to the Joint Commission, the body that certifies and accredits hospitals, with his concerns. At this point, Tilzer claims KU President Bob Page berated him and sought retaliation on claims that Tilzer was spreading false information about the hospital. Finally, when Tilzer pursued a whistleblower case against the hospital, Berner was approached by KU Hospital to sign an affidavit that she claims appeared suspicious and caused her to investigate and learn about Tilzer’s suit.

Berner’s lawsuit revealed new details on the case, including the fact that federal regulators made a surprise visit to the hospital in July 2016 to investigate Tilzer’s claims. This resulted in a report issued by the Centers for Medicare and Medicaid Services that determined that the hospital’s “deficient practices placed all patients receiving services at [the] hospital at risk for receiving care that does not meet acceptable quality and standards.” A hospital spokesman, Dennis McCulloch, responded in a statement that “Ensuring the health and well-being of every patient at The University of Kansas Health System is our top priority...we do believe that our physicians and staff acted appropriately and with the best interests of our patient in mind.”

Berner’s claims throw doubt on that assessment. She was misdiagnosed with an aggressive form of cancer called pancreatic neuroendocrine tumor, which is generally fatal in only five years. Due to the invasive nature of this cancer, the treatment Berner was given included removing parts of multiple organs, including her pancreas. Because this procedure often causes lifelong complications, it is reserved for cases with very bleak prognoses. Her appendix was also removed, though according to the lawsuit she only learned of that during a follow-up visit. The original diagnosis was made by Dr. Meenakshi Singh, who had recently been promoted to the chair of the pathology department, though she lacked training in the field which she would have to use to make this diagnosis. The suit claims that not only did Dr. Singh make an incorrect diagnosis, but then falsely claimed to have received second opinions and then attempted to disguise her mistake and falsify medical records when the removed pancreatic cells were found to show no trace of cancer.

Every step of this process highlights the need for legal options on behalf of malpractice victims. If Berner’s description of events is accurate, the hospital began mishandling her case by putting it into the hands of someone unqualified to handle it, and has yet to show signs of correcting the string of errors brought about by that decision. If not for Tilzer’s work in reporting and finally bringing a lawsuit against the hospital, Berner may still be unaware that she had been misdiagnosed and given incorrect treatment. We praise Dr. Tilzer for his valiant attempts to ensure that patients are treated properly and that the hospital is held accountable for their behavior, and his willingness to pursue all available channels to that end. Although he withdrew his case, he achieved his original goal: alerting the patient to her situation and giving her the tools to do something about it. And we stand with doctors like Lowell Tilzer and patients like Wendy Berner in seeking to find justice for victims of medical malpractice. If you or a loved one has received medical malpractice, tell us your story, and we will do all we can to help you find justice.