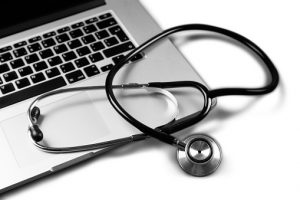 One of the most important tools doctors use to keep their patients safe and healthy is accurate information. Doctors, nurses, and other medical professionals take years of training and regularly update their studies to ensure they know the best answers to give and the best tools to use.

The addition of electronic health records (EHRs) to regular practice was intended as a way to ensure that doctors had all of the most important information about individual patients, up to date and ready for use at all times. However, a recent study suggests that complications in a number of EHR systems may actually be creating problems that put patients at risk.

To Err is Electronic

The Verge reports that a study, performed by the non-profit MedStar and published in the Journal of the American Medical Association, identified 557 cases in which EHR issues overtly contributed to or caused danger to a patient. The study examined nearly two million cases of safety hazards to patients, meaning that the EHR issues were only affirmed as being related to 0.03 percent of all hazard cases.

This percentage is likely misleading, however, as it used incredibly strict criteria and focused on a relatively small geographic area, with most of the results coming from clinics in Pennsylvania. The study also only searched for incident reports that specifically mentioned the brand or products of any of the top five producers of EHR systems—information that is often not included in such reports. Researchers suggested that a nationwide test that included all EHR-related issues would show a higher percentage of occurrence.

The identified dangers included systemic as well as input issues. In one case, the system allowed a child’s weight to be entered in kilograms, yielding an inaccurate read in the record that would have grossly miscalculated dosage needs for any medicines prescribed if it had not been caught and corrected. Other incidents were the result of the system's failure to alert medical professionals when they were attempting to prescribe medicines that would cause an allergic reaction in the patient. A well-trained staff can usually spot issues like this and correct them, but humans are not perfect, and the need to spot these errors manually highlights a failing of the system that was supposed to make patient information more accessible.

Patients with current-model Apple products have the option of accessing and maintaining their own EHRs through the iPhone Health App, which is helpful, as patients are always encouraged to be invested in their own care and understanding their own well-being. This is no substitute for having a reliable system that makes records available to medical staff directly, however. This is partly because patients are not always in a position to use their own phones when the information is needed, and more importantly because it should not be the responsibility of the patient to correct errors created by the tools doctors use.

If you or a loved one has suffered due to medical malpractice, whether it is the fault of the medical staff themselves or the systems they work with, contact a lawyer immediately to get the justice you deserve.