Study Shows Medical Errors Are Third-Leading Cause of Death 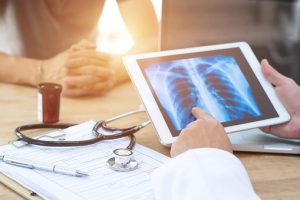 It's well known that medical errors can lead to serious injuries and death. But until recently, it hasn't been clear just how many deaths they cause.

According to a study by researchers at Johns Hopkins Medicine, over 250,000 Americans die each year due to medical errors. That figure would rank third among the leading causes of death in the United States, behind only heart disease and cancer.

Medical errors do not currently appear on the official list of top causes of death, as reported by the Centers for Disease Control and Prevention (CDC) because of the way doctors fill out death certificates. The CDC instructs doctors to list only medical conditions as the underlying cause of death, a definition that excludes errors made by healthcare providers.

For instance, if a doctor makes an error in diagnosing a heart condition and the patient later suffers a heart attack and dies, the patient's cause of death would be listed as "heart disease" - even if he or she would have lived were it not for the medical error.

A broad range of medical errors can lead to death. In addition to failure to diagnose potentially deadly conditions, those errors include surgical mistakes, medication mix-ups and communication breakdowns between medical professionals.

The Johns Hopkins researchers called for the CDC to immediately add medical errors to its annual list of top causes of death. They argued that because medical errors are currently not listed, they fall far behind conditions such as heart disease, cancer and respiratory disease in the public consciousness - which in turn means there is less research and fewer resources dedicated to solving the problem.

Those same issues with reporting can also make legal cases involving deaths due to medical errors difficult to litigate. Doctors and other medical professionals are often reluctant to report medical errors as causes of death, preferring to focus on the underlying medical condition. It takes an experienced attorney with a background in handling such cases to find the key evidence that a medical error led to a loved one's death.

Based on the results of the Johns Hopkins study, medical mistakes are a major public health concern. Doctors need to take steps to practice safe, effective medicine to give their patients proper care - and when they do not, they need to be held accountable.