Home » Blog » What you should know about roadside car accidents

What you should know about roadside car accidents 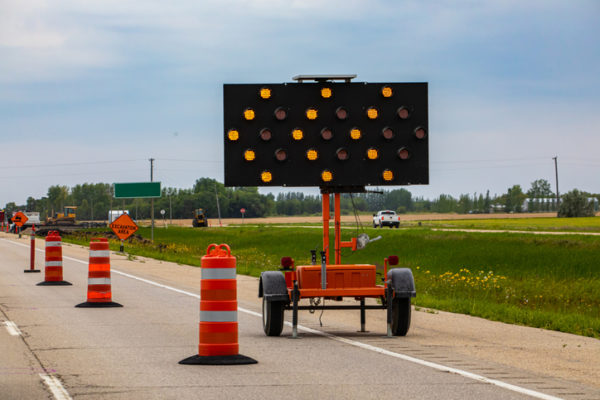 The Kansas "Move Over" law was initially passed in 2000. The law was designed to protect roadside construction workers, police, emergency responders, DOT workers and stranded motorists. The law applies to drivers who travel on major highways that have two or more lanes that run in the same direction. Drivers are required to switch to the nearest left lane before passing a roadside worker, emergency scene, police traffic stop or stranded motorist. If drivers can't switch lanes due to traffic congestion, they are required to slow down and use caution. Drivers who fail to comply with the Move Over law could face fines of up to $300.

The Kansas Turnpike and rural highways have maximum posted speed limits of 75 mph. The side of the road is not a safe place to be, but many workers and motorists don't have a choice. Crashes that occur on roadsides are often the result of distracted driving, speeding and driving too fast for the conditions, drunk driving and drowsy driving. In rare cases, roadside crashes are the result of a defective car part. In this case, the car owner, parts manufacturer or mechanic can be found responsible.

According to AAA, Senators Tammy Duckworth, Dick Durbin, Deb Fischer, and Representative Cheri Bustos have sought a review on the effectiveness of Move Over laws from the Government Accountability Office. AAA points out that there isn't enough data on Move Over law violations and far too many drivers aren't even aware of the law. Moreover, many states don't have the resources to raise widespread awareness.

The National Highway Traffic Safety Administration and the U.S. Department of Transportation plan on researching the effectiveness of Move Over laws.

Why widespread awareness of the Move Over law is necessary

According to the Kansas Department of Transportation, there were 3,457 roadside crashes in 2018 that resulted in 75 deaths. Another 787 happened on road shoulders and resulted in 11 deaths. Roadside crashes are often horrific since they usually happen at full speed. Here are some examples of how:

If you or a loved one was injured in a roadside crash, know your rights. Speak to an experienced Wichita car accident attorney who will demand justice on your behalf. Warner Law Offices has more than 25 years of experience helping injured motorists and their families get the justice they deserve. We have taken on the insurance companies and fought for millions of dollars in compensation for our clients.

To find out how we can help you, contact our Wichita law office online and set up your free case evaluation.