Study Reveals Fatal Crashes Involving Cannabis Are on the Rise 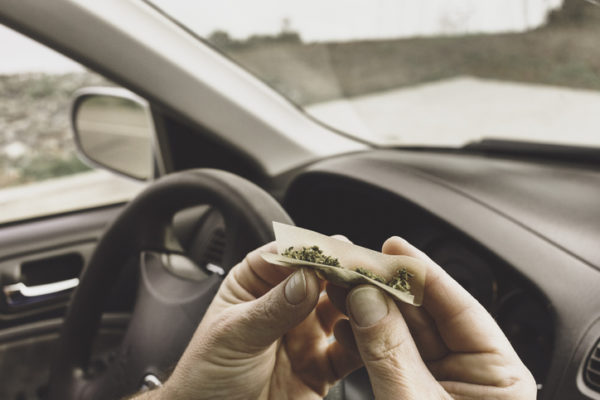 Wichita car accident attorneys explain what this means for drivers

Even before outside states legalized recreational marijuana, the drug has been contributing more and more to fatal car accidents, according to a new study.

The percentage of roadway fatalities involving cannabis or a combination of cannabis and alcohol more than doubled over 19 years.

Researchers at Boston Medical Center say the results suggest that the increased availability of marijuana has led to more people mixing weed with alcohol before getting behind the wheel. This situation is making roadways a lot less safe. Driving could become even riskier, too, as more states legalize cannabis.

Among the most common types of accidents caused by drivers impaired by drugs and/or alcohol are:

Kansas is in line with the federal government on marijuana - it is illegal for medical and recreational purposes here, at least for now. In May, the Kansas House passed a medical marijuana legalization bill that the Senate is expected to address this year.

Meanwhile, bordering states like Colorado have legalized marijuana for adults. They are not supposed to, but people can purchase weed in Colorado legally and bring it into Kansas where it is illegal.

Researchers note that the number of alcohol-involved fatal crashes did not change much over the years studied. What is new is the addition of marijuana to drunk and impaired driving crashes.

Marijuana-involved fatal crashes increased from 9 percent in 2000 to 21.5 percent in 2018, according to researchers.

There is concern that cannabis use may be undercutting advances the U.S. has made in reducing DUI accidents, but this is difficult to prove.

More research needs to be done on the subject, but most medical professionals agree that marijuana's effect on people almost certainly decreases their ability to drive safely.

More research to be done

The study's authors were quick to note that the discovery of cannabis in the systems of people involved in deadly car, truck, or motorcycle accidents does not necessarily mean they were high or impaired at the time of the crash.

That's because right now there is no universally reliable way to measure individual marijuana impairment.

Current marijuana testing capabilities can identify whether a person has consumed marijuana, but cannot say when, within the last few weeks, that happened. There is no widely accepted method to gauge how impaired a person may be by marijuana. Also, there is no accepted standard for weed impairment like the BAC limit (0.08 BAC) for alcohol.

Seek legal help if you were hit by an impaired driver

Whether it's due to alcohol, marijuana, other drugs, fatigue, illness, etc., impaired driving is reckless driving. And when people drive negligently, they must be held responsible for the damage they cause.

Warner Law Offices is a Wichita-based law firm with a reputation for successfully protecting the rights of car accident victims. Our car accident attorneys conduct thorough investigations and find evidence to support your claim that may have otherwise gone unnoticed.

Not sure you have a case? Our attorneys offer free case evaluations to those who are injured or lose loved ones in Kansas car accidents. At no cost to you, a member of the Warner Law Offices team will listen to the details of your case and help you weigh your legal options. There is nothing to lose. Contact Warner Law Offices right now to schedule your free case evaluation.