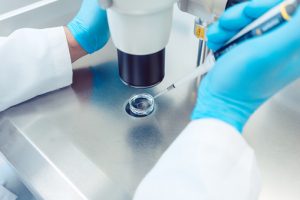 Throughout the U.S., there are more than 570 different clinics providing patients with stem cell therapies. According to Scientific American, more than 351 different companies were marketing stem cell therapy treatment options directly to individual patients. Many of the clinics were promising the stem cell therapy would help patients with conditions like Alzheimer's, cerebral palsy, autism and muscular dystrophy. Unfortunately, many of these are serious conditions for which there are no known cures and for which the effectiveness of stem cell therapy hasn't been proven.   Desperate patients with few other options may decide to take advantage of unproven treatments that offer false hope. Further, medical malpractice associated with these treatments may cause greater harm.

There are some assertions that these clinics are not adequately regulated by the U.S. Food and Drug Administration under the current laws. According to Washington Post, the FDA permits treatments involving the use of the patient's own stem cells without agency approval as long as the procedures meet certain conditions.

As the Scientific American report explained, "Clinics have often sidestepped heavy regulatory scrutiny, claiming they are eligible for a U.S. Food and Drug Administration exemption that applies to minimally manipulated cells."  While FDA officials have released a draft of new guidance which would change the rules and allow the agency to regulate the clinics in the same way biological drugs are regulated, it is not clear when or if the regulations will actually change and the FDA will be given the necessary authority to protect patients.

Patients Could be Harmed Due to Botched Stem Cell Therapy

Unfortunately, in the current regulatory environments, patients are suffering grave harm due to problems with stem cell therapy procedures. Washington Post reported on three patients who recently underwent stem cell treatment to address minor vision issues. While the patients expected the procedure to help them improve their eye problems, instead they were rendered legally blind by the procedure.

Unfortunately, incidents like this are likely to continue so long as these clinics are not subject to more stringent regulations.

Approximately 61 percent of the procedures involve therapies using a patient's own fat cells. Liposuction procedures are performed to extract these cells and then a centrifuge process separates out the usable stem cells to be extracted into a patient. Problems could arise at every single step of this process, leaving patients at substantial risk of serious and permanent damage - like these three patients who were rendered blind. Such therapies require careful, competent medical professionals who adhere to accepted treatment standards.

Individuals who suffer harm due to botched stem cell therapy treatments need to understand what their rights are for taking legal action when they are hurt. Hopefully, the FDA will soon be able to regulate clinics to prevent such cases in the future. Until then, patients need to do their research carefully and understand their rights for getting compensation from clinics who make false promises and botch treatment procedures.