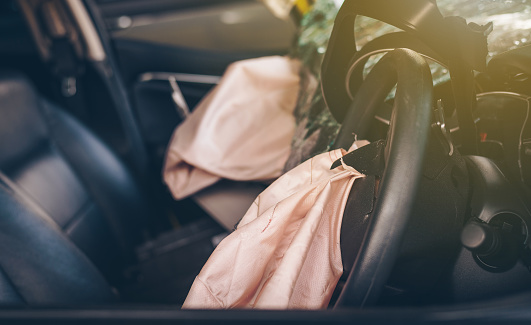 Honda, Acura, and Isuzu will be contacting owners of over 1.5 million cars due to defective Takata airbags. This defect could cause serious or fatal injuries.

Defects could cause airbags to deploy without enough force to provide protection or could spray sharp metal fragments at car occupants, according to Consumer Reports. The recall will involve several Acura and Honda models produced in the late 1990s and early 2000s.

These airbag inflators were produced between May 1, 1995, and Aug. 31, 1999. They were used in cars made by Audi, BMW, Mitsubishi, and Toyota, in addition to Honda, Acura, and Isuzu.

This Takata airbag recall is different from a previous and larger recall of that brand of airbag in 2016. That Takata airbag recall involved defects that affected 63 million 2001-2003 Honda and Acura vehicles, 2006 Ford Ranger and Mazda B-Series trucks, according to the National Highway Traffic Safety Administration (NHTSA).

How many people have been hurt by a defective Takata airbag?

Consumer Reports says that, regarding the latest Takata airbag recall, there has been one injury due to these faulty airbags. That was the result of a 2012 crash involving a 1997 Honda Civic in Houston, according to Honda and NHTSA.

In addition to the crash in Texas, safety investigators are aware of at least one injury and two fatalities outside the U.S. related to these specific airbags.

Owners of certain 1999 BMW 323i and 328i sedans have been told to stop driving their vehicles until they can get their unsafe Takata airbags fixed.

NHTSA has called the ongoing Takata airbag recall "the largest and most complex safety recall in U.S. history.” More than 41.6 million vehicles were recalled because of the faulty airbags. These airbags are associated with 16 deaths in the U.S. and at least 24 deaths and 300 injuries worldwide.

In the latest recall, airbags in the recalled cars have faulty inflators that may not work properly because improperly sealed inflators may allow in too much moisture. In a crash, the airbags might deploy without enough force to protect occupants or the airbags could rupture and spray sharp metal fragments at the people sitting in front of them.

A replacement inflator wasn’t available as of the Consumer Reports story. When the parts are available, dealers will replace the faulty airbag inflators for free.

What can I do if my car has a Takata airbag defect?

The vehicles subject to the latest Takata airbag recall are:

To see if a vehicle is included in the latest Takata airbag recall, visit the NHTSA website — nhtsa.gov/recalls — and enter the vehicle’s 17-character vehicle identification number.

Contact Warner Law Offices in Wichita, Kansas today for help with Takata airbag recall cases, or if you've been in a car, truck or motorcycle accident.