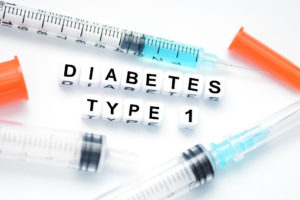 People who suffer from type 1 diabetes face a lifetime of managing blood sugar levels due to loss of insulin. This disease is incurable and the onset can begin during childhood. While some researchers point to genetics, the cause of type 1 diabetes remains unknown.

According to a study published in the July 2019 issue of Clinical Diabetes, children with a heightened likeliness of diabetic ketoacidosis (DKA) are at a greater risk of being misdiagnosed for type 1 diabetes.

The study was led by Cynthia Munoz, Ph.D., from the University of Southern California in Los Angeles. With the help of her colleagues, she identified adults and parents of children with type 1 diabetes by collecting data from the T1D Exchange clinic registry. The study involved 2,526 online survey participants who reported their diagnosis experiences.

At the time of diagnosis, participants reported experiencing:

In addition, two-thirds of participants reported that they were hospitalized at the time of diagnosis. More than 40 percent of them experienced DKA — most of them were pediatric patients.

More than two-thirds of children who were misdiagnosed experienced DKA. Another 42.8 percent were properly diagnosed.

Among adult patients, 39 percent were misdiagnosed — three-quarters of which were incorrectly diagnosed with type 2 diabetes.

“Our retrospective online survey found that 25 percent of all participants were misdiagnosed and that misdiagnosis was associated with an 18 percent increased risk for DKA compared to those correctly diagnosed,” the study authors explained.

Ensuring that patients are properly diagnosed for type 1 diabetes is critical. If patients don't receive the right treatment, it can have devastating and potentially life-threatening consequences.

According to WebMd, if patients aren't properly treated for type 1 diabetes, they may experience:

We expect highly trained doctors to possess the tools and knowledge to accurately diagnose serious conditions, such as type 1 diabetes. Failure to do so can be hazardous to the health of patients. In some cases, a misdiagnosis can be fatal.

That's why the Wichita medical malpractice attorneys at Warner Law Offices are dedicated to fighting for the rights of patients and holding negligent doctors accountable. If you sustained an injury or illness due to a missed diagnosis, contact our law office to discuss the legal options available to you.