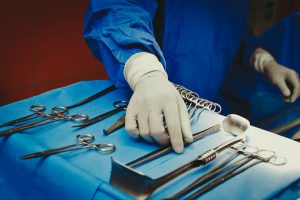 The last nickname you want to be associated with your surgeon is “Dr. Death.” But that was the title of a popular podcast on the career of Dallas neurosurgeon Christopher Duntsch, which illustrates the dangers people face every day in hospitals across the country.

Placing Trust In A Surgeon

Between 2010 and 2013, Duntsch performed surgery in a manner that led Sarah Larson of The New Yorker to refer to his work as “butchery.”

“We’re at our most vulnerable when we go to our doctors,” veteran medical journalist Laura Beil reports in the podcast that Larson wrote about in her story. “We place our trust in the person at the other end of that scalpel.”

With Duntsch, patients were in the hands of a surgeon who one nurse reported appeared to be “on something.” She said he wore the same scrubs, with a hole in the pants and no underwear, for three days. Beil said friends of Duntsch joked that they wouldn’t want him operating on them, with one saying: “You’ll end up sewing something up inside my head!” When Duntsch did operate on a close friend, the person was left with permanent paralysis. In another case, he inserted a screw into muscle instead of bone. The podcast described him as poorly trained, hubristic and an alleged abuser of cocaine, LSD and prescription painkillers.

How did this happen?

How was Duntsch allowed to continue working? Among other factors, the State of Texas lacked an adequate oversight system. Whenever Duntsch screwed up, he’d move to another facility. Because the Baylor Scott and White Medical Center in Plano, Texas, for example, allowed Duntsch to leave voluntarily, it was not required to report his wrongdoings, leaving other hospitals unaware of his record and putting more patients at risk.

It took the efforts of the Dallas County district attorney and the state medical board to bring legal charges against Duntsch. He is now serving a life sentence in prison.

The most frightening part of the Duntsch case is that his malpractice had fatal and lifelong consequences for some 30 patients before he was stopped. And it happened amid peers and employers who somehow looked the other way.

What you can do

If you’ve been the victim of medical malpractice, your trust in one your doctor has been shattered. You are left with health, financial, mental and emotional issues that are overwhelming. And it’s likely that a malpractice insurance company will try to take advantage of you by making a financial offer that can't ensure long-term stability – if they offer you anything at all.

You deserve more as you put your life back together. You deserve the expert assistance of the medical malpractice lawyers at the Warner Law Offices in Wichita, Kansas.

Contact us for a free consultation. You pay nothing unless we win your case, so you have nothing to lose.