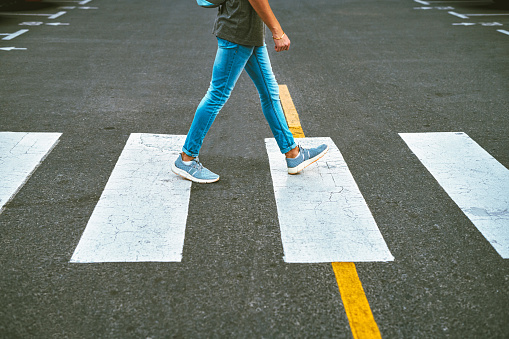 Pedestrian deaths are increasing faster than all other traffic fatalities.

Pedestrian traffic deaths have reached a 40-year high, according to early estimates. Nationwide in 2021, almost 7,500 people died in pedestrian accidents.

According to preliminary research by the Governors Highway Safety Association (GHSA), this is the largest number of pedestrian fatalities in four decades. Researchers say many contributing factors, including bad driving habits, were picked up during the pandemic.

Why are pedestrian accidents increasing?

Fatal pedestrian accidents spiked in Kansas two years ago. But, unlike in most states, the number of pedestrian deaths decreased in Kansas. There were at least 1 or 2 fewer pedestrian fatalities here in 2021 compared to the year before, according to early GHSA estimates.

Still, the number of Kansas pedestrian fatalities remains far too high. There are many factors contributing to the rise in deadly crashes. As we alluded to earlier, overall, people became worse drivers during the pandemic. In addition, various studies note that many people still have not returned to good driving behaviors. According to the GHSA report, bad driving habits and other factors contributing to the rise in pedestrian deaths include:

What to do if you get hit by a car

Whether you were in a crosswalk, in a bike lane, on a sidewalk, or otherwise walking down the street, the negligent driver who hit you must be held accountable for the pain and damage they caused. You have recourse through the civil justice system, but recovering compensation for your losses isn't always easy.

For example, it's common for insurance adjusters to delay, dispute, and deny claims involving injured pedestrians because the insurance company cares more about saving money than making you whole again. That's not right. That's why you need an experienced pedestrian accident attorney to protect your rights and aggressively advocate for your best interests.

At Warner Law Offices, we put our clients first and understand what it takes to build a winning case in Kansas. We also know how to hold reckless drivers accountable and fight for the compensation our clients deserve, whether in settlement negotiations or the courtroom.

Lots of lawyers talk the talk. You should put your trust in a law firm that walks the walk. If you were hit by a car in Kansas, contact us today for a free consultation with an experienced Wichita pedestrian accident attorney.